When an organisation wants to initiate change it can be useful to have an analogy that becomes a rallying call. The analogy can also be a means to help people retain their purpose when the going gets tough. And as we face into the COVID recession the going is likely to get tough for a number of organisations who will need to accelerate cost saving initiatives.

At Daysha we use an analogy adapted from a podcast Don Reinertsen did with Mik Thorsten recently. It compares the task of shooting down aircraft with the process of delivering software one feature at a time. 1FaaT™ is the title of a book in process of publication by Daysha to help traditional organisations embrace newer cost efficient ways of working.

And to the analogy…during WW2 the primary defence against aerial bombing was the use of AA guns to fire shells at enemy aircraft which detonated at a preset altitude. If the target was where they aimed – they scored a hit. The approach was coined fire and forget.

15,000 AA shells were required to shoot down a bomber on average. 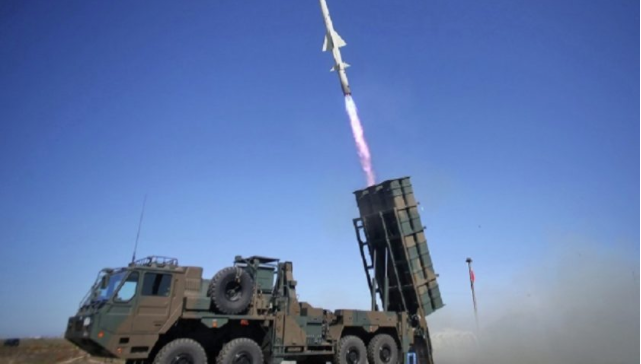 Today modern military aircraft travel at 1,650 mph or eight times the speed of a bomber in WW2. The task of shooting down aircraft has fallen to Surface to Air Missiles (SAM). A SAM travels at 3,600 mph and is guided by ground crew through continuous in-flight adjustment based on feedback from the SAM’s on-board camera and telemetry.

Fire and forget no longer works in the face of military technology advancement. Continuous in flight adjustment is the name of the game.

In the same way aircraft have become supersonic modern consumers operate in ever shortening product life cycles. And yet – businesses today use older fire and forget approaches such as Prince 2 or PMP that were designed in the 1980’s to deliver their 2020 digital transformations.

Delivering technology to a market as one big release of features two years after project initiation is wasteful. It’s firing 15,000 shells at a target that might be where you were aiming some time ago. Not only is it fire and forget – its hit and miss.

Mc Kinsey interviews of 1,700 CxO concluded there is only a 10% chance a digital transformation will deliver its expected profits.

There is a more cost effective approach – based on market probes and in flight adjustments to automated customer feedback; delivered one feature at a time (1FaaT™) in a process of ongoing customer experiementation.

Booking.com is running circa 1,000 experiments at any one time and 30,00 annually.

In the same way that the military can no longer bring AA guns to a battle with supersonic aircraft, some traditional businesses have already learned this lesson and are driving their digital transformations using 1FaaT™ to introduce efficient ways of working as part of their digital transformation program. Organisations need to adopt less wasteful approaches in combination with repurposing existing technology budgets.

Organisations can turn ‘run’ into ‘innovate’ – and self fund their digital transformation through cost saving solutions that become the building blocks for a 1FaaT™ future. Automating manual tasks, rationalising processes and tools, reducing the number of supported platforms can all reduce the day to day operating cost of existing systems while simultaneously improving the quality and pace at which value is delivered to the customer.

Or cost savings can be deployed to innovation projects which need to find customer value at the earliest moment thereby preserving scarce resources through not building features for which there is no demand right now.

Much like a SAM acquiring a target 1FaaT™ enables cost effective inflight adjustment to the 2020’s faster moving consumer. Why not trade in your AA guns for SAM’s?

Fill in the enquiry form below and subscribe to our blog…